I was saddened to read that neither the Subway Gardenburger nor VegiMax were vegan. Vegetarian yes, but vegan no. I was eating the Vegimax for a while thinking it was vegan.

Here's the reply I got from Subway corporate offices below. I've highlighted the non-vegan ingredients in yellow.

Note: I've since been to at least one Subway that carried (Vegan) Falafel. But they said it is not on Subway's normal menu. 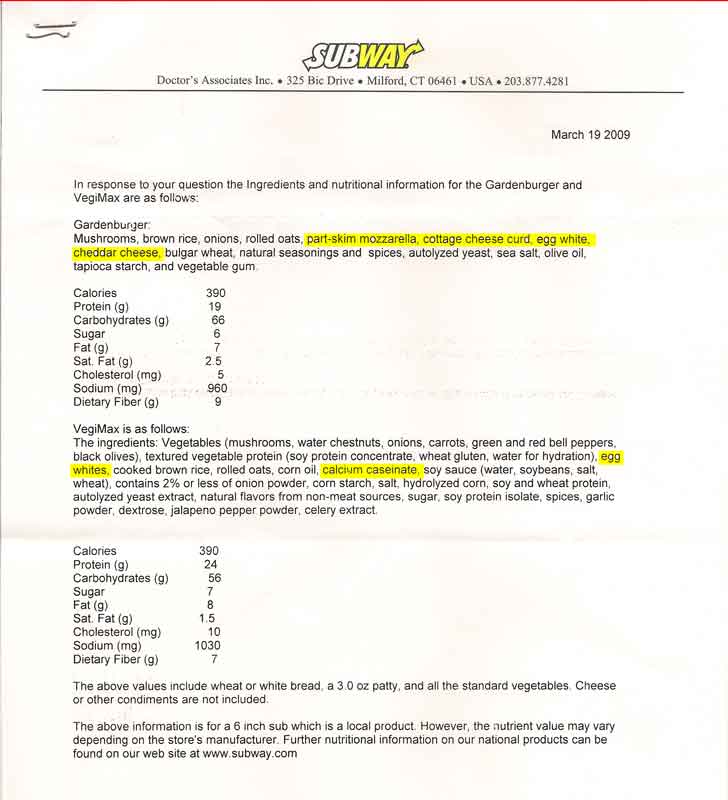